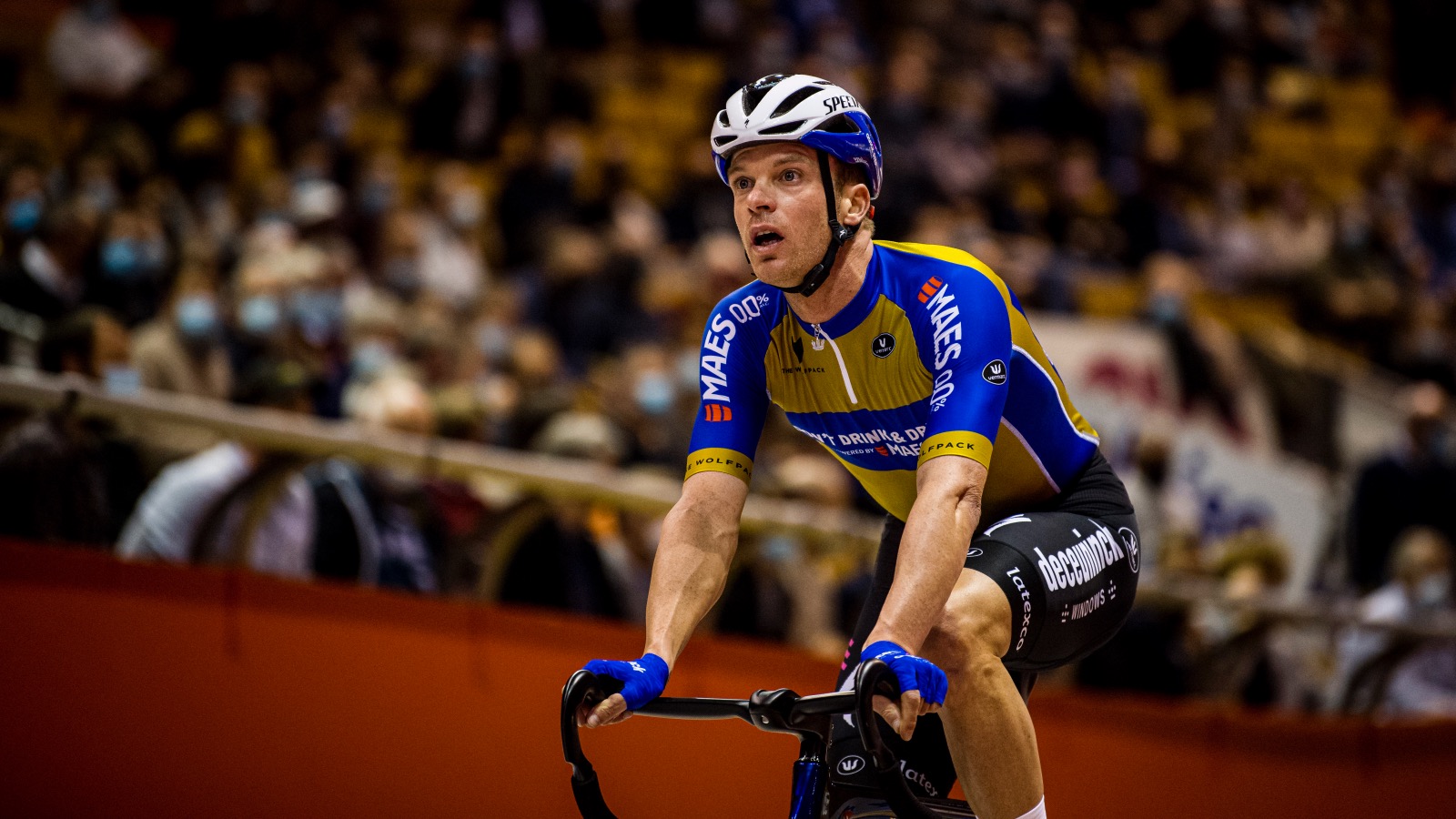 The hundredth anniversary edition of the Lotto Six Days of Flanders-Ghent will also be Iljo Keisse’s last. The Keizer van het Kuipke is entering his last weeks as an active rider. The 39-year-old from Ghent wants to have one last blast in his Kuipke and will attempt to secure his eighth final victory with Jasper De Buyst at his side.

In 2005, Iljo Keisse won the Lotto Six Days for the first time with his teammate Matthew Gilmore. This was followed by six victories with a foreign teammate: in 2007 and 2008 it was German Robert Bartko, in 2010 Dutchman Peter Schep, in 2012 Australian Glenn O’Shea, in 2015 Dane Michael Morkov and in 2018 Italian Elia Viviani.

From 15 to 20 November, Keisse will be paired with Jasper De Buyst in search of an eighth overall victory. De Buyst also knows the ropes. The 28-year-old rider from Flemish Brabant won the Lotto Zesdaagse Vlaanderen-Gent together with German Leif Lampater in 2013 and a year later he repeated the feat with Kenny De Ketele.

Last year, De Buyst took second place together with Roger Kluge. This year, the German will team up with compatriot Theo Reinhardt. Kluge and Reinhardt are the reigning European team race champions. At the past World Championships in Saint-Quentin-en-Yvelines, France, Kluge took silver in the points race. The names of the other participating duos in Ghent will be announced in the coming weeks.

The hundredth anniversary of the Lotto Zesdaagse Vlaanderen-Gent – the first edition dates back to 1922 – will be an exceptional and festive edition. Numerous distinguished guests from the rich history of the Ghent Six Days will make their appearance. Het Kuipke itself will be completely decorated in a ‘centenary theme’, both the velodrome and catacombs.

A limited number of tickets and VIP tickets are still on sale. For those who do not have one yet, be quick. Order them on www.lottozesdaagse.be

Four days after the Lotto Zesdaagse Vlaanderen-Gent, Iljo Keisse will really say goodbye to cycling during Merci Iljooo. He will ride together with many top riders such as Ganna, Cavendish, Morkov, Fabio Van den Bossche… And Jasper De Buyst. Iljo will also be feted extensively; in short, it will be one big party. For more info and tickets, go to www.merciljo.be.

This site uses cookies. By continuing to browse the site, you are agreeing to our use of cookies.

We may request cookies to be set on your device. We use cookies to let us know when you visit our websites, how you interact with us, to enrich your user experience, and to customize your relationship with our website.

Click on the different category headings to find out more. You can also change some of your preferences. Note that blocking some types of cookies may impact your experience on our websites and the services we are able to offer.

These cookies are strictly necessary to provide you with services available through our website and to use some of its features.

Because these cookies are strictly necessary to deliver the website, refuseing them will have impact how our site functions. You always can block or delete cookies by changing your browser settings and force blocking all cookies on this website. But this will always prompt you to accept/refuse cookies when revisiting our site.

We fully respect if you want to refuse cookies but to avoid asking you again and again kindly allow us to store a cookie for that. You are free to opt out any time or opt in for other cookies to get a better experience. If you refuse cookies we will remove all set cookies in our domain.

We provide you with a list of stored cookies on your computer in our domain so you can check what we stored. Due to security reasons we are not able to show or modify cookies from other domains. You can check these in your browser security settings.

We also use different external services like Google Webfonts, Google Maps, and external Video providers. Since these providers may collect personal data like your IP address we allow you to block them here. Please be aware that this might heavily reduce the functionality and appearance of our site. Changes will take effect once you reload the page.